At first only a rumor, but now a confirmation – Honda returns into the F1 Championship, this time in a strong collaboration with an “old pal” – the English builder McLaren.

Martin Whitmarsh, the CEO of McLaren’s group, stated for the press conference ” The names of McLaren and Honda are synonymous with success in Formula 1, and, for everyone who works for both companies, the weight of our past achievements together lies heavily on our shoulders. It’s fantastic news for everyone who loves Formula 1 to be able to welcome Honda back to Formula 1. Together, we’re about to embark on a new and extremely exciting chapter in McLaren’s history.”

This partnership is not something new in the F1 world: between 1988 and ’92 McLaren and Honda won eight world championships and 44 grands prix, took 53 pole positions and set 30 fastest laps – all in just 80 grands prix. So we can say we have a recipe for success.

After more than 6 years of absence from the macadam, Honda returns on the track, preparing a 1.6 liters  turbo-charged engine – still under development in Tochigi, Japan factory, a setup that we will be able to see in action starting with 2015 F1 Championship. 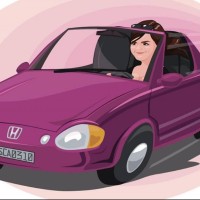